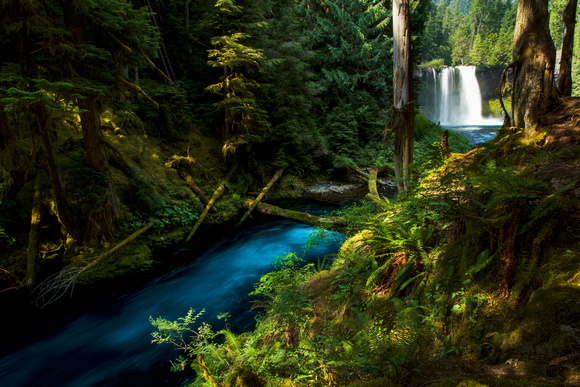 Turquoise waterfalls and moss, what more could you ask for from Oregon? Koosah Falls is the second of the three major waterfalls of the McKenzie River. Spreading out over a wide undercut basalt ledge, the river thunders 64 feet into a huge pool with several small springs feeding into the river adjacent. The volume of the river greatly changes the appearance of the falls. In modest flows during the summer, the falls appear as one or two segments, but during the peak of snowmelt, the river spreads across the whole ledge, becoming a 70 foot wide wall of ear-splitting roar.