Down With National Parks? 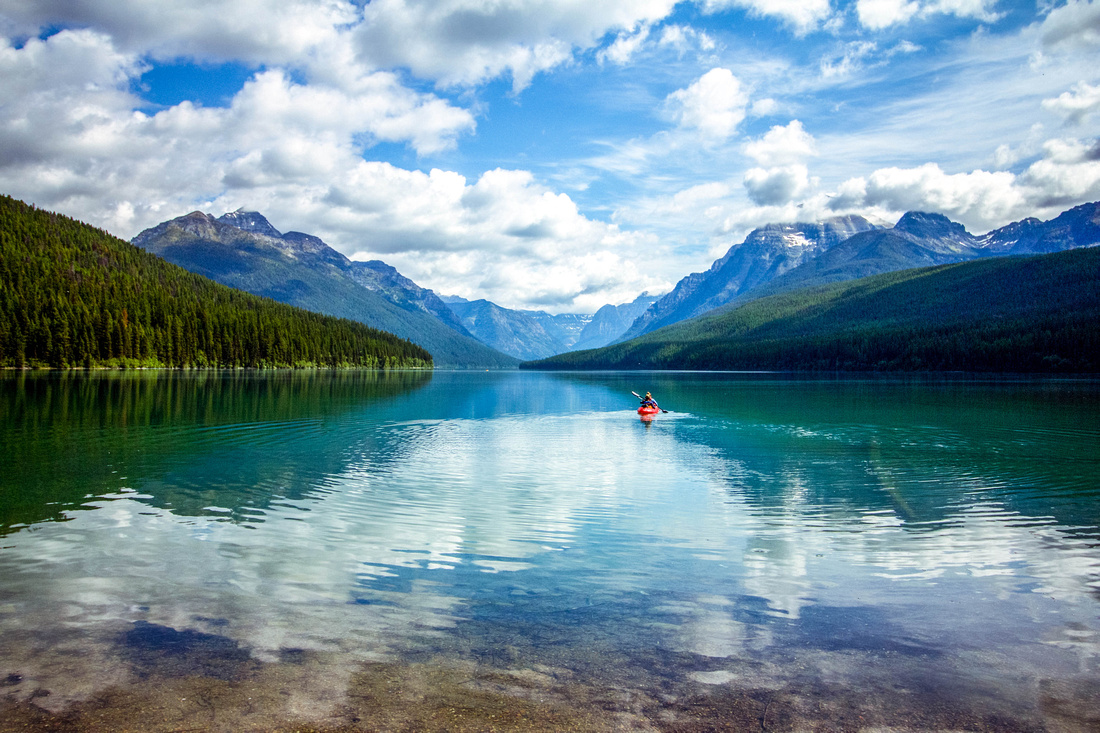 National Parks are pretty much a standard bucket list item; who doesn't want to see Yellowstone at least once? Even if you've never visited one before, you can name at least a few. The big guys: Rocky Mountain, Yosemite, the Grand Canyon, or maybe even the more obscure: Lake Clark or Kobuk Valley in Alaska, Isle Royal in Michigan, North Cascades in Washington (just hours from the vastly more famous Olympic and Mt. Rainer National Parks). The National Parks are a source of American pride, they're the United States' shining glory!

The National Park Service was created in 1916 and has evolved with time, though its main role has remained largely the same; preserve the ecological and historical integrity of specified places and make them available and accessible to the public. As of January 1, 2017, there are 59 National Parks in the United States and many more National Monuments, Memorials, and Historic Sites. The history of the Service is fascinating, though this particular post is not a history lesson. It's a confrontation.

I've heard the question more and more lately; do the National Parks do more harm than good? Their first and foremost duty is to protect and preserve delicate natural spaces and animals. By introducing roadways and buildings and fences and thousands of people into these areas we run the very real risk of pioneering the very things we're trying to prevent. The Great Smokey Mountains, the most visited National Park in the country, receives well over an average of ten million visitors a year. That's more than ten million people driving around the park emitting pollution, walking the trails and trampling delicate flora, eating and sleeping in or around the park leaving behind what all creature leave behind. All in a space that is meant to be preserved.

The parks were created for the public, but the overcrowding does lead to a question of who deserves it more? The easiest perspective for me to take is the one of a more avid adventurer who prefers the company of trees to tourists. I've been the person who can't find a parking space in the gigantic lot of the Great Smokey Mountain visitor center, I've stood in lines to take pictures of Delicate Arch in Arches National Park, I've had to follow positively massive RVs up the Going-to-the-Sun road in Glacier National Park, and you bet I would have preferred these experiences to myself! Just like probably 90% of the people I was waiting in line with. So do the parks belong to the hard-core backcountry Dirtbags or to the family of five from Oklahoma? The answer, at least the answer I've come up with, is that they belong to those who will care for it.

Backcountry Dirtbags (called such, fondly) use the land creatively; mountain biking, skiing, backpacking, climbing, boating, the list goes on and on, but it can be assumed that these are the people with intentionally little footprints. Dirtbags are aware of and tend to follow the Leave No Trace rule as closely as possible. They're a minority in the National Parks.

Most visitors consist of families who use the parks are their rare step into nature. They don't know the unspoken rules or the slang, and they're often confined to the drive-up lookouts and paved trails. They're the majority. But ultimately, both parties go to the parks for the same basic reason; they want to enjoy the nature.

If we shut down the roads, hotels, and gift shops and provide access only to those who can hike 40 miles into the backcountry, millions of people, whose only exposure to nature are the National Parks, won't be able to gain an appreciation for how great they are and in turn, won't feel inclined to protect them. A secondary goal of the National Park system is to create Stewards of the Land (a concept otherwise known as Environmental Stewardship, championed by Aldo Leopold as the responsible use and protection of the land through conservation and sustainable practices), whether they're hard-core explorers or first-time travelers. Dirtbags already have this mentally for the most part, so in that sense, National Parks are for those who still need to learn that lesson.

National Parks create fond memories and when people have fond memories of something, they'll vote and work to protect it. So though it can't be argued that the infrastructure of many of the Parks is directly harmful to their ecosystems, it has a positive impact as well. It all comes down to conservation beating preservation in the long run. Besides, many National Parks have so much backcountry to explore, untouched by concrete or tacky souvenirs, that those of us who prefer trees to tourists have our options too.

The most important thing to understand is that these areas need to be protected from greed, whether it's in the form of a National Park or not. They're unique and wonderful natural phenomenon that have to be preserved for future generations to enjoy. They are home to species of flora and fauna that might not exist anywhere else in the world and would be rendered extinct if left in the hands of personal and corporate interests. These places belong to no one and to everyone and that should never change.

National Parks have the unique ability to create Stewards of the Land out of anyone and that is what we so desperately need in this country and in the world. So visit Yellowstone, the Great Smokies, and Yosemite, and bask in the wonder they ignite, but don't stop there. Explore your local attractions, even if "National Wildlife Refuge" doesn't sound as sexy as "National Park" and "National Monument" sounds like something your fourth-grade class had to go to. Establish a sustainable connection with the natural world around you and fight like a berserker to protect it from those who've never felt the magic of being in nature.

“Thousands of tired, nerve-shaken, over-civilized people are beginning to find out that going to the mountains is going home; that wildness is a necessity; and that mountain parks and reservations are useful not only as fountains of timber and irrigating rivers, but as fountains of life. Awakening from the stupefying effects of the vice of over-industry and the deadly apathy of luxury, they are trying as best they can to mix and enrich their own little ongoings with those of Nature, and to get rid of rust and disease.” - John Muir

Amy Maier(non-registered)
This is certainly a conundrum, but my opinion is that the pros far outweigh the cons. As stated, the vast majority of travelers/tourists would never see a small percentage of what can be seen in a National Park, if it weren't a "developed" area. One would hope that all visitors are respectful and don't need to be told not to litter, to stay on the trails, etc. Seems common sense...Not always the case unfortunately. Excessive auto traffic is a tough one. Maybe park elsewhere and shuttle in? Does that solve anything? One hopes the awesome sights and adventures in a National Park inspires awe, especially in the children, who will hopefully grow up with a healthy respect for mother nature.
No comments posted.
Loading...
Subscribe
RSS
Recent Posts
Watching the Birth of a Galaxy Living Intentionally Let's Talk About The Rest Land of the Long White Cloud When the Words Don't Come - Use Someone Else's Snow Season Ageism The Complexity of Wildfire Slow-Motion Wanderlust Down With National Parks?
Keywords
life is good adventure reflection life photography New Zealand about me oregon travel iceland
Archive
January February March April May June July August September October November December
© Lauren Maier
User Agreement
Cancel
Continue