The Complexity of Wildfire

Huge shoutout to the amazing firefighters and other emergency responders dealing with this crazy fire season - you guys rock. 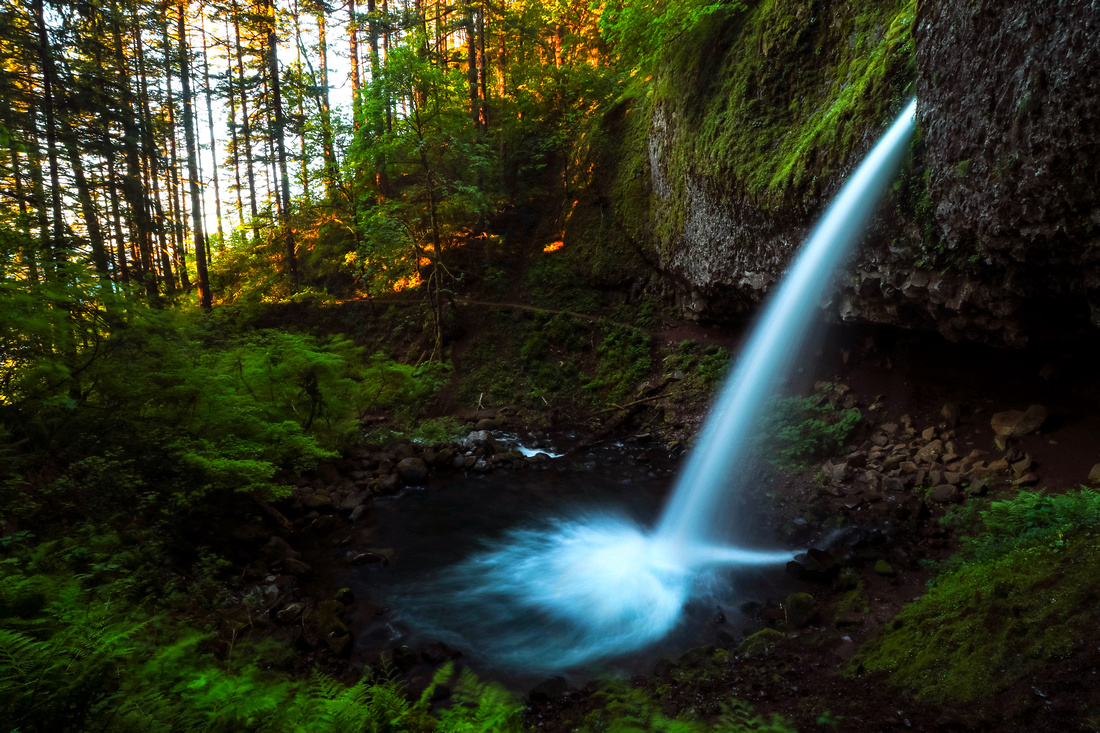 Shortly before making the thunderous plunge over Horsetail Falls, Horsetail Creek is shot through a narrow crack and exploded out into a large pool in front of a deep recess, which allows a trail to pass behind the falls. This is one of the more favored waterfalls in Oregon for professional photographers, mainly for pictures looking out from behind the falls. Though the falls are only about 1/3 mile from the trailhead, the trail is steep, gaining about 250 feet in roughly 1/3 mile, hence the moderate difficulty rating.

With a drop of around 90 feet, this isn't one of the largest waterfalls in the area by far, but it offers some of the best vantage points for photographers!

Before moving to Oregon, I gave very little thought to wildfires. They were an abstract concept to me, just another natural disaster that, though sad, didn't affect me in my Wisconsin bubble. I only ever had to worry about the occasional tornado and flash-flood. I now live smack-dab in the middle of a record-setting wildfire season for the Pacific Northwest.

As I write this, a thick haze is covering Ashland, as it has been for the entire summer and the smell of smoke comes and goes. Air quality hovers between unhealthy and hazardous every hour of the day and the warnings to limit outdoor activity are endless. Fortunately, there are no fires that present an immediate threat to Ashland -so far-. Of the hundreds of separate wildfires burning in the state, only about a fourth of them have been naturally ignited by lightning. The other three-fourths of the fires were caused by a human-related activity; campfires, fireworks, cigarette butts, innocent sparks from any number of sources. These fire vary in size, the largest of which (the Chetco Bar fire near Brookings) has been burning for two months and had grown to over a 167,000 acres (Oregon Wildfire Info Source).

I struggle with my feelings towards these fires. On one hand, I know, logistically, that wildfires are needed for the perseverance of a healthy environment. They clear out the deadwood, fertilize the soil, and allow new growth to take its place, revitalizing the ecosystem. In a scant few years, the forest is full of life again. They're designed to be burned.

These forests need time to regrow after a fire, but when human activity causes these fires to come back year-after-year, they never have a chance to recuperate. On the flip side of that, when people suppress natural fires that occur near human settlement, debris (that is the deadwood and readily flammable brush in the woods) builds up to unprecedented levels and when a fire inevitably does occur, it burns hotter, longer, and bigger.

When you consider our changing climate, which is causing hotter temperatures, less moisture, and unpredictable winds in the Pacific Northwest, it's like throwing lighter fluid on the flames. The fires have become even more dangerous not only to the landscape and the towns around them but to the brave firefighters that are risking their lives on the fire-line. The fires are bigger and the seasons are longer than ever and resources are not matching up. (Are Massive Fires the New Normal?)

The fires this year seem to be centered around every single one of my favorite natural spots. They are blazing in Brookings, near Crater Lake, around the waterfalls of the Umpqua National Forest, all around the Willamette, and most recently, along the Columbia River Gorge National Scenic Area. Some of these fires are natural, many of them are not, but they're all burning longer and hotter than they should be because of the climate. These places will recover, but they will be scarred for decades to come.

My thoughts never stray far from the people and animals affected by these disasters, but I can't and won't pretend like the landscape doesn't get the same attention. I grieve for these areas because they are Oregon to me and many others. They can't be rebuilt or replaced. There is no backup waiting to take their place. They are not going through their natural cycle because we've already interfered with it.

This waterfall has been completely consumed by the Eagle Creek Fire (10,000 Acres - 0% contained - Expected to grow - Cause: Fireworks).

This waterfall is within two miles of the active Nash Fire (4,862 Acres - Expected to grow - Cause: Lightning).

This Waterfall is slowly being surrounded by the Umpqua North Complex, a series of fourteen active wildfires (29,544 Acres - 23% perimeter contained - Expected to grow - Cause: Unknown).

This waterfall will be completely consumed by the Eagle Creek Fire by the end of the day (10,000 Acres - 0% contained - Expected to grow - Cause: Fireworks).

This historic waterfall is being threatened by the Eagle Creek Fire (10,000 Acres - 0% contained - Expected to grow - Cause: Fireworks).