When the Words Don't Come - Use Someone Else's 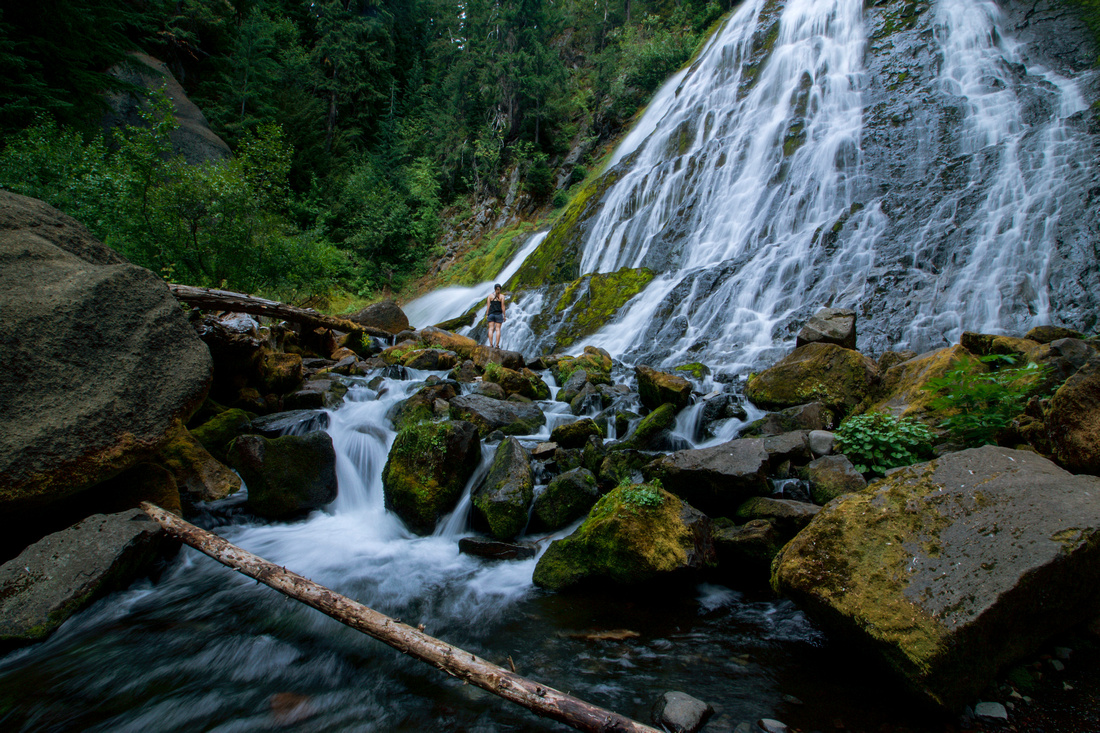 I’m a lover of words, both reading them and writing them. I’ll forever be a person built up from the snippets of thousands of other people’s words. Some are themes for just a minute, some for a day or a month or a year. Some for a lifetime. Those that flash loud and bright in my head permanently decorate my body, but for the rest, writing them elsewhere has to do.

A spattering of other people’s words will be this entry’s theme too. The first is this:

“When is the last time you did something for the first time?”

I graduated from college. I took the standard timeline - the dedicated four-years following high-school - because I knew I wanted to have a higher education but I also knew myself enough to know I wouldn’t have come back had I taken the oh-so-tempting gap year. I utilized those years well though, taking the opportunity to live outside of my home state – to make homes in some truly beautiful parts of the country. I hiked and climbed and swam and hammocked away my free time and actually enjoyed most of my classroom time too. College was good. But then it was over.

The end game has always been writing and photography for some magazine, so that’s what I looked into. I applied for magazines in areas of the country I’d like to live in - the same way I applied for schools. At the same time, in a late-night decision inspired by the passing comment of a stranger, I also applied for a working visa to New Zealand.

I got my first job offer the same day my visa was approved.

“There will be a few times in your life when all your instincts will tell you to do something, something that defies logic, upsets your plans, and may seem crazy to others. When that happens, you do it. Listen to your instincts and ignore everything else. Ignore logic, ignore the odds, ignore the complications, and just go for it.”

New Zealand it is.

“You get a strange feeling when you’re about to leave a place. Like you’ll not only miss the people you love but you’ll miss the person you are now at this time and this place, because you’ll never be this way ever again.”

So far in my life, I’ve decided that two years is enough time to build a home I’m willing to leave. I’ve done it in less and I’ve done it in more, but two years seems to be that magic number. It’s the magic number, but it doesn’t make it easy to leave – a sentiment that brings me to my next quote, one that flashes loud and bright and is forever written on my body.

“If we wait until we’re ready, we’ll be waiting for the rest of our lives.”

I’m not ready, but at the same time, I couldn’t imagine any other route. I want to go more than I want anything else in my life right now, but that doesn’t mean I won’t shed some tears for who and what I’m leaving behind. It hasn’t gotten any easier, but, so far, leaving has never been the wrong choice.

I’ve never been satisfied with short-term visits. Seeing a place in a day or a week or even a month can only produce a glimpse. You can’t learn all there is to learn in that time. Ideally, I would spend a lifetime in every place I want to experience, but since I only have one of those, a fraction of that will have to do.

You must go grocery shopping at the local market, do your laundry, sleep-in, stay up all night, get sick, fall in love, get lost, see the sunrise and sunset, watch the moon wax and wane, smell the rain as it falls over your new town, watch the seasons melt into each other, learn the faces of your neighbors, drink with strangers who will become friends.

“So many people live within unhappy circumstances and yet will not take the initiative to change their situation because they are conditioned to a life of security, conformity, and conservatism, all of which may appear to give one peace of mind, but in reality nothing is more damaging to the adventurous spirit within a man than a secure future. The very basic core of a man’s living spirit is his passion for adventure. The joy of life comes from our encounters with new experiences, and hence there is no greater joy than to have an endlessly changing horizon, for each and every day to have a new and different sun.”