The One I Let Go

Iceland; well known for its alien-like landscape and lesser known for its cultural belief that elves inhabit its wild spaces. It boasts a population of only 330,000 which makes it very easy to feel like you're the only one on the entire island nation. I spent a month last spring backpacking around and basking in this solitude. Just a week into my meandering journey around Iceland, I saw the one thing I had hoped to see above all else.

After an uncomfortable night spent as target practice for unrelenting wind, rain, and sleet, I woke to find the weather largely unchanged. An average of ten degrees (F) cooler than normal for that time of year, I had to don every piece of clothing I brought with to keep from freezing at night. It certainly made starting each day a chore. I laid in my almost-warm sleeping bag trying to convince myself to get up and pack up before the rain got any harder. It took me almost five minutes to sit up. Before even unzipping myself from my cocoon, I peeked up through the only opening in my rainfly to gage what the weather would bring. Predictably, I saw a dark horizon outlining freshly snow-capped mountains, but the landscape didn't keep my attention for long. A little poof of white, not eight feet from my tent and barely visible through the tiny rain-soaked and wildly flapping window in my rain-fly, was an arctic fox.

Remarkably unbothered by both the weather and my noisy tent, he shuffled around the creek, half-heartedly digging through the sand. His coat, still thick and white from the dying winter, stood out in stark contrast to the black soil and mossy lava fields surrounding him. He was beautiful.

The photographer in me wanted nothing more than to sneak open my tent and snap at least one picture of him. He couldn't have been in a better spot. If I could get low enough, the bank of the creek would frame him and the Snæfellsnes mountain range would tower behind him like guardian giants. His fur, so bright and pure, glistened in the meager light like a beacon in a storm. After a moment, he turned toward me as if showing off his best side, just daring me to take that picture. It would no doubt turn into one of the best from the trip, but I knew the second I moved, he would scatter to the lava fields and the moment was worth far more to me than any image could be. I watched him toil around for several more minutes before he moved out of my line of sight and the spell broke. Somehow, packing up camp after that didn't seem so cumbersome.

I went to Iceland to take pictures. As it turned out, the most magical and memorable moment of the trip happened when I left the camera behind and enjoyed it in real time. This has become one of the greatest lessons I've ever learned as a photographer and a traveler and it now defines how I approach the world; both behind a lens and not. 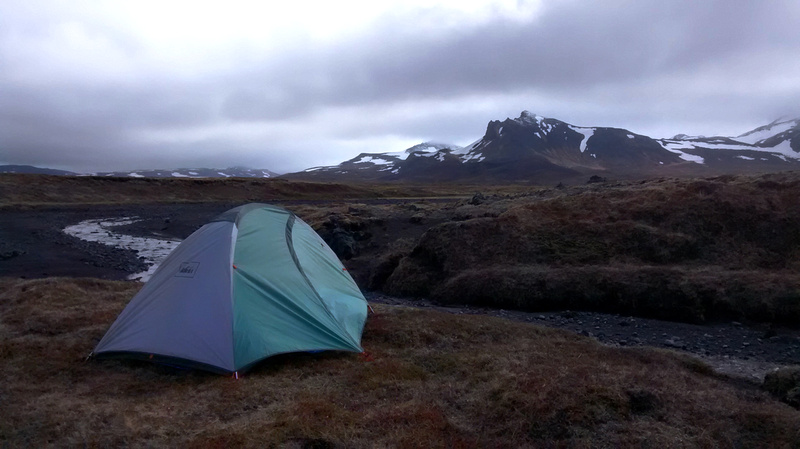